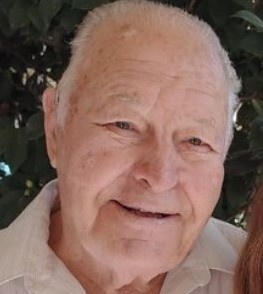 Mr. Legg was a member of Welcome Baptist Church where he and his wife enjoyed worshipping with their brothers and sisters in Christ. Carl was a veteran of the United States Air Force, and he served his country honorably in the Korean War. We are very grateful for the service and sacrifice that Mr. Legg made for each one of us, and for our nation. Carl leaves behind a legacy of honor and generosity. His love for his God, family, friends, neighbors, and country can easily be seen in the life he lived. Carl was loved by many, and he will be missed greatly.

Funeral services for Mr. Legg are 2 p.m., Wednesday, June 1, 2022, at Welcome Baptist Church, with Bro. Jerry Lake officiating. Carl will lie in state from 1 p.m., until services begin. Burial will follow in Etha Cemetery. Friends are invited to visit with the family on Tuesday evening, May 31, 2022, in the Holly Pond Funeral Home Chapel, from 6 p.m., until 8 p.m.

In lieu of flowers, please consider making a donation to Welcome Baptist Church in memory of Carl.

To order memorial trees or send flowers to the family in memory of Carl Edward Legg, please visit our flower store.

Lie in state from 1 p.m. until services begin.