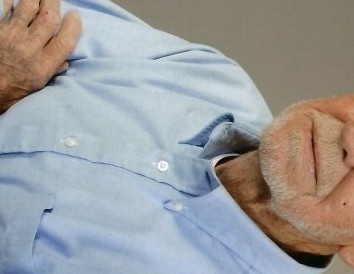 Sherrell worked construction until his retirement. He was passionate about golf and loved the sport. He enjoyed gardening and working in his yard. Sherrell adored his grandchildren and children and loved any time spent with them.  Mr. Henderson also served our country honorably in the United States Navy and his service and sacrifice to our nation will be forever remembered with gratitude.

Sherrell is preceded in death by his parents, Ed and Gertrude Henderson; brother, Dale Henderson; and his sister, Sue Henderson Tipton.

He is survived by his children, Greg Henderson and Tonya Henderson Smith (Scott); brothers, Melvin Henderson (Sandra) and Steve Henderson; and his grandchildren, Makenzie Henderson, Addisyn Henderson, Chris Green, and Will Smith.

Funeral services for Sherrell are 12 noon, Friday, April 23, 2021, at his church, Pleasant View Baptist Church, with Pastor Earl Harper officiating. Burial will follow in Union Grove CPC Cemetery where Mr. Henderson will receive military honors. Scott Smith, Chris Tipton, Cody Tipton, Connor Tipton, Joe Garrett, and David Robertson will serve as pallbearers, along with honorary pallbearer, Johnny Green. Friends are invited to visit with the family at the church, an hour prior to services, from 11 a.m., until services begin at noon.

The family would like to extend a heartfelt thank you to Mandy Hamm, of Southern Care New Beacon Hospice, for her compassion and the extraordinary care she gave to Sherrell in his final days.

In lieu of flowers, please consider donating to the American Lung Association or Southern Care New Beacon Hospice, in memory of Sherrell.

To order memorial trees or send flowers to the family in memory of Edgar "Sherrell" Henderson, please visit our flower store.