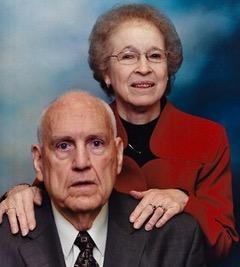 Edna May (Hamilton) Boyd, a loving wife and mother, passed away on Tuesday, July 26, 2022, at the age of 86 from complications related to Alzheimer Disease. Edna, formerly a resident of Mansfield, OH was residing in Cullman, AL with her son Ken (Sherry) Boyd.

The daughter of Raymond and Hattie (Perrine) Hamilton, Edna was born May 15, 1936 in Holly, West Virginia and moved to Bellville, Ohio with her parents as a teenager. She attended high school in both West Virginia and Ohio.

On March 10, 1956 Edna married Mose (Ken) Boyd and later gave birth to sons Kenneth Edward Boyd and Earl Keith Boyd. As a wife and mother, Edna was unconditional with her love and consistently placed the needs of her husband and boys ahead of her own.  In addition to being a doting wife and mother, Edna was a wonderful teacher of life lessons for her boys. Edna’s sons often turned to their mother for a nonjudgmental ear, a compassionate pair of arms, enthusiastic encouragement and many firm doses of reality. Friends of Edna will remember her most for her commitment to their friendship along with her light-hearted sense of humor and her gift of conversation. During the rare moments Edna took time for herself she enjoyed travel, reading, cooking and crafts.

Funeral services will be held at the Snyder Funeral Home 2553 Lexington Ave Mansfield, OH. Edna’s son Ken will share memories of his mother and provide time for others to speak as well. Funeral service times will be updated as they become available.

In lieu of flowers, memorial contributions to the Alzheimer's Association may be made through Snyder Funeral Home.

To order memorial trees or send flowers to the family in memory of Edna May Boyd, please visit our flower store.