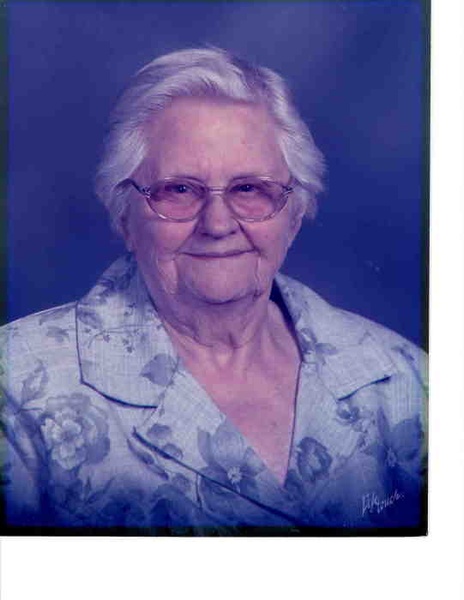 Elizabeth Chambers, 92, of Holly Pond, entered into the presence of our Lord and Savior on Wednesday morning, August 7, 2019. She was born May 31, 1927, to John and Ruth Manley Knop.

Mrs. Chambers had a gift that she expressed in the beautiful floral creations she designed and produced over the years. Elizabeth helped her mother-in-law in the flower shop for many years before taking over the business, and for over sixty years Mrs. Elizabeth owned and operated Chambers Flower Shop in Holly Pond. Her talent has brought joy to many as they celebrated love, new beginnings, and special events. Her gift has also helped comfort others in times of sorrow. Elizabeth retired from the business a few years ago, but her talent and influence is continued through the hands of several generations of her family as they follow in her footsteps in the floral business. In addition to being a talented florist, Elizabeth was a wife, mother, grandmother, great-grandmother, and great-great-grandmother. J.L. and Elizabeth celebrated over fifty years of marriage before his passing.  They were the parents of four children, grandparents of nine, great-grandparents of eight, and great-great-grandparents of three. J.L. and Elizabeth served the Lord faithfully and most often times anonymously. They truly were the hands and feet of Christ on many occasions. Even in sorrow there is comfort in the knowledge that Elizabeth is now in the presence of her Savior.

To order memorial trees or send flowers to the family in memory of Elizabeth Chambers, please visit our flower store.