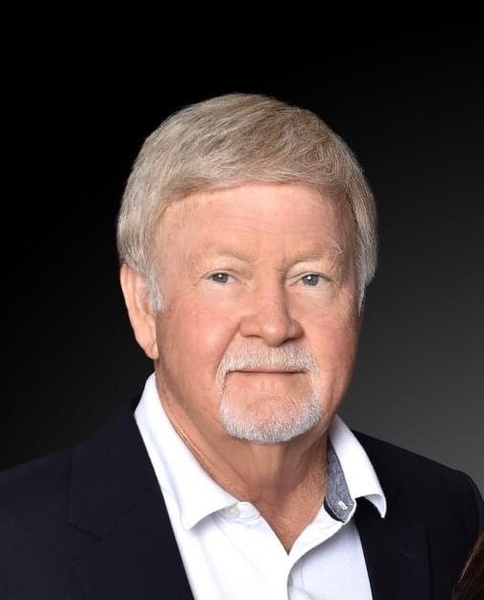 Glenn Virgil Wadsworth of Hueytown (later Holly Pond), Alabama left his earthly body behind on December 22, 2020. The Bible says to be absent from the body is to be present with the Lord so he made it just in time to celebrate how Heaven met earth with Jesus himself. Waiting there for him (in order of their departure) was his daddy, Virgil F. Wadsworth; his daughter, Karen Wadsworth; his brother, Jerry “Cotton” Wadsworth; and his mother, Mary Elizabeth Wadsworth. Also waiting for him were his sister-in-law, brother-in-law, a nephew, and many of his buddies. What a homecoming celebration it must have been! Daddy and Cotton are likely getting ready to watch the big game as their team prepares for the Championship, then celebrate his 80th birthday in January. He would want us to say he was praying for all of those who don’t know the peace and salvation of our Savior, and he wanted you to join him in Heaven.

Pop left behind the best thing that ever happened to him which is my mama, Sharon Sue (Hays) Wadsworth. These two lovebirds met in Jacksonville, Alabama while attending college. Daddy says he knew the moment he saw her; she was his wife. It took a little longer on her part, but then she was sold for life. They faced more trials than most, yet they were married for fifty-six years. Many think it’s unusual, but they didn’t. They chose to put God first, then each other, then us. Though we know an occasional ballgame or “one more deal in all, and on that thing” jumped ahead, it was always to take care of his girl, their kids, family, and friends.

Daddy graduated from THE Hueytown High School, which we all know as a source of pride for him, especially that 1958-59 championship football team. He made life-long friends who continued to get together until it was no longer an option. At Jacksonville State, he played baseball, studied and became a free mason (in record time, I might add), graduated with a business degree, and met the love of his life. Once he left there, he worked at U. S. Steel, married Mama, and went into the Air National Guard. He later worked at Republic Steel until he did real estate full time where the real fun started. He met and helped so many people, always working on “the big deal.”

Besides the Lord, his family and friends, and his schools, Daddy loved watching any sporting event, but especially any Alabama team. He loved playing softball with his boys and the stories from them even more. He never missed a Tuesday meeting at the lodge, and their goal of helping people (especially kids) made him proud. His church family, both former and current, were very important to him. He loved serving the Lord there with his service as a deacon, visiting members, tithing, or supporting mission work. Perhaps more than most anything else, he adored his grandkids. It was a rare occasion that he ever missed anything Justin or Savannah ever did. He made it to ball games, recitals, ceremonies, and everything in between. He spent time every day thinking of them, praying the Lord’s protection and guidance over their lives.

For those of you who want to share in his Homegoing celebration, we will have visitation at Union Hill Baptist Church in Rock Creek at 10 AM on Monday, Dec. 28th and a service there at 11 AM. A graveside service at New Hope No. 2 in Holly Pond, Alabama will be held the same day at 2:30 PM. Pop loved flowers and his garden so feel free to honor him with those; however, some have asked where to donate in his honor. One of the places to which he contributed most is St. Jude’s Hospital so he would love for that to continue.

To order memorial trees or send flowers to the family in memory of Glenn V. Wadsworth, please visit our flower store.