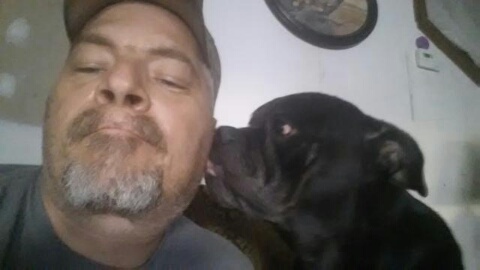 James Johnson, also known as “Bulldog” to those who knew him best, 46, of Holly Pond, passed away Saturday, April 14, 2018. He was born November 25, 1971 in Oneida, New York, to Terrance and Sharon Pickard Johnson.

Mr. Johnson was a loving father and grandfather. He was a mechanic and worked most recently for Greencraft Small Engine Repair in Cullman. James had a love for bulldogs and was given the nickname “Bulldog” as a result of his affection for the breed.

He is preceded in death by his mother.

Memorial services will be Wednesday, April 18, 2018 at 3 p.m. in the Holly Pond Funeral Home Chapel. Friends and neighbors are invited to visit with the family beginning at 2:30 p.m. until the service begins.

Holly Pond Funeral Home is honored to serve the family of Mr. Johnson.

To order memorial trees or send flowers to the family in memory of James Johnson, please visit our flower store.