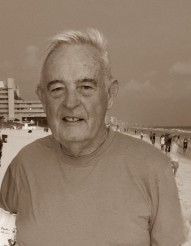 James Verlon Coker, 78, of Holly Pond, entered into the presence of our Lord and Savior on Tuesday, September 18, 2018. He was born August 6, 1940, to Robert Shelley and Audrey Reynolds Coker in Marshall County, Alabama.

Mr. Coker served with the Alabama National Guard and for his service we are grateful. Verlon was an electrician by trade, and worked for over twenty years with Americold.  He retired from Delphi GM with over twenty years on the job there as well. He was a member of both UAW and AFLCIO. Verlon’s love for his Lord was evident in his life. He was the senior deacon at Center Point Baptist Church and had served our Father faithfully as a deacon for many years. He loved to teach God’s word and to sing. Music was a passion for Verlon. He was a talented guitarist and vocalist. Mr. Coker loved his family and was known as the “Team Grandpaw” at his grandchildren’s sporting events. He helped them earn Scout badges and never missed a baseball game. His greatest joys in life were his church work, music, and his grandchildren.

Verlon is preceded in death by his parents.

Friends may visit with the family on Wednesday, September 19, 2018 from 6 p.m. until 8 p.m. in the Holly Pond Funeral Home Chapel. Grave side services will be Thursday, September 20, 2018 at 11 a.m. at New Hope #2 Cemetery, the Reverends Darrell Bailey and Cliff Cook officiating.

Holly Pond Funeral Home is honored to serve the family of Mr. Coker.

To order memorial trees or send flowers to the family in memory of James Verlon Coker, please visit our flower store.
Send a Sympathy Card