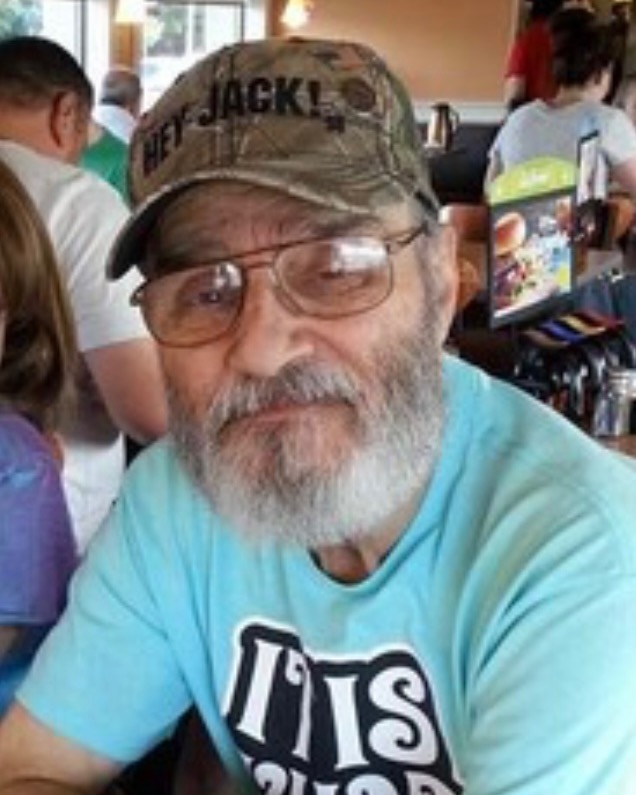 Joseph James Glista, Sr., of Holly Pond, Alabama, entered into the loving arms of our Lord and Savior on Sunday, December 18, 2022, at the age of 77. Mr. Glista was born in Philadelphia, Pennsylvania, on November 30, 1945, to Joseph Glista and Lorraine Ruth Verbitsky.

Mr. Glista served his nation honorably as a soldier in the United States Army. Joe was a Vietnam veteran, and his sacrifice and service to our nation is appreciated greatly.

As a deacon and active member of Pleasant View Missionary Baptist Church, Joe played the bass guitar many years, serving his Savior with the talents given to him by the Father. Joe was talented in many areas and played the guitar for The Golden Tones and he wrote music as well. Joe often shared in his testimony that he had head knowledge of Christ, but when he accepted the Lord as his Savior, he then had the heart knowledge of Christ. And in the words of Joe, “God is good, all the time!”

Joe had many interests and hobbies. He enjoyed gifting the plastic canvas projects he made, loved the mountains and the beauty of God’s creation he saw in the mountain areas, and enjoyed watching fountains. He was a talented bowler and played with many leagues over the years. Joe was also a sports fan and enjoyed the Auburn Tigers, Atlanta Braves, and Philadelphia Eagles. He was a Jeff Gordan fan through and through and enjoyed collecting NASCAR items, as well as Hot Wheels, and Mario Kart items. Joe’s favorite place to be was IHOP, and he was well known for saying, “It is what it is.”

Joe was not only loyal to his Heavenly Father, his country, and his church family, Joe was a loyal and devoted husband and father as well. He and his late wife, Brenda, were blessed with three children and Joe’s love for his family was evident. His legacy of devotion, service, and sacrifice will live on in his children for many years to come. While his passing brings sadness to many, there is also rejoicing that Joe is now in the presence of our Father, worshipping alongside his beloved, Brenda.

He is survived by his children, Joseph “Butch” James Glista, Jr., Donna Jean Glista, Trinette Renee Glista Lambert (Josh); brother, Daniel J. Glista; stepbrother, Mark Gorman (Rosie); sisters, Janet A. O’Donnell (Jeff), Linda M. Bromley; and the Scott family to whom Joe was grateful for adopting him as a son, taking him in, and loving him as their own.

Funeral services for Mr. Glista are 1 p.m., Wednesday, December 21, 2022, at Pleasant View Missionary Baptist Church, Bro. Earl Harper and Bro. Ricky Turner officiating. Mr. Glista will lie in state from 12 noon until services begin. Burial will follow in Holly Pond Cemetery where Joe’s fellow deacons will serve as his pallbearers. Friends are invited to visit with the family on Tuesday evening, December 20, 2022, in the Holly Pond Funeral Home Chapel, from 6 p.m., until 8 p.m.

Joe was fond of roses, but in the event you would like to make a donation in memory of Joe, please consider a gift to the HWY 157 branch of DCI in Cullman, Alabama. The care given to both Joe and Brenda by the DCI staff was exceptional.

Holly Pond Funeral Home is honored to care for the Glista family.

To order memorial trees or send flowers to the family in memory of Joseph James Glista, Sr., please visit our flower store.