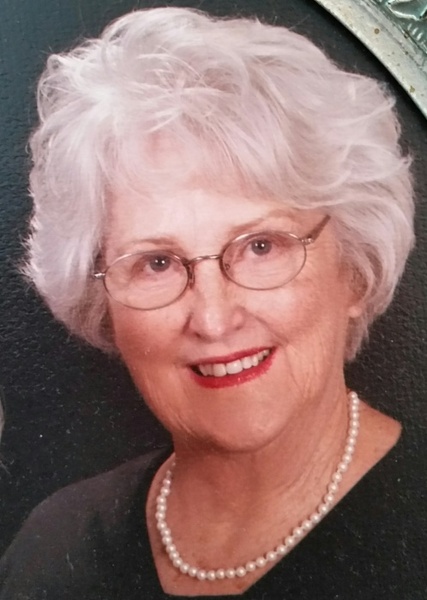 Joyce Gail Barnett Hatley, 79, of Holly Pond, Alabama, was received in God’s loving hands on Monday, January, 22, 2018, in the presence of her family.

Joyce, or Gail as many knew her, was born to Jesse and Sarah Belle (Foust) Barnett on July 15, 1938, in the Walter, Alabama, community.  She attended Holly Pond High School, graduating in 1956 with a diploma and many cherished life-long friendships.  After marriage to Donald “Don” Hatley in April 1959, moving a few times and starting a family, they returned to Holly Pond to raise their four children.

Joyce worked in the late 1950’s in Birmingham with Blue Cross Blue Shield and in the early 1960’s with NASA while living in Huntsville, Alabama.  Upon moving back to Cullman County, she began working at Parker Saving Trust before being hired as one of the first employees of the new bank, People’s Bank of Holly Pond, now People’s Bank of Alabama.  She worked there until her retirement and then served as Don’s office manager at the family business, Hatley Heating and Air, until it was sold in 2015.

Joyce was active in the Holly Pond community as a member of First Baptist Church of Holly Pond (FBCHP), her Sunday School Class, the FBCHP WMU group, the Holly Pond Homemakers Club, and a Friends Social Group.  She loved gardening and spending time with her many friends and family members, whether it was traveling and seeing much of God’s world or simply playing games at home.  She will be greatly missed.

Arrangements are being handled by Holly Pond Funeral Home, with visitation scheduled for Tuesday, January 23, from 6-8 p.m. at First Baptist Church of Holly Pond.  The memorial service will be at the church on Wednesday, January 24, with a viewing beginning at 10 a.m. and service at 11 a.m.  Interment will follow at Holly Pond Cemetery.

In lieu of flowers, donations may be made to the Holly Pond Homemakers Club or a charity of your choice.

To order memorial trees or send flowers to the family in memory of Joyce Gail Hatley, please visit our flower store.