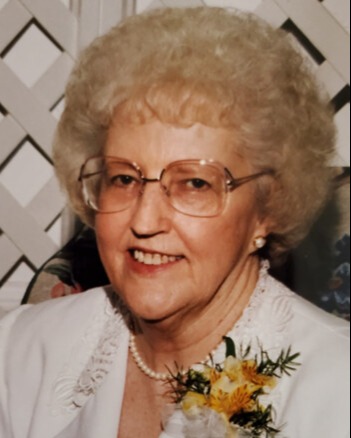 The second of eight children, Laudine was raised in Blount County and graduated from JB Pennington High School. Later on she married Roy Shaw of Holly Pond. After a few years in Birmingham, the couple moved to Holly Pond and worked together on several enterprises including raising chickens, catfish ponds, and a catfish processing plant. In 1974 they opened Shaw’s Seafood Restaurant, a business they owned and operated for more than 25 years. Laudine was a devoted wife and valuable partner, who managed the restaurant while her husband continued to pursue other business ventures and philanthropic activities. She was a supportive and loving mother to their two children. Her many stories and quick wit brought much laughter to family and friends. For the past 20 years, her health prevented her from driving, restricting her lifestyle. She was an example to all who knew her of how to accept challenges and persevere. Her unwavering determination to live well came from her unshakable faith in God, cultivated in the decades she spent worshipping and in Bible study at First Baptist Church of Holly Pond.

The Shaw family would like to extend a special thank you to the wonderful caregivers who cared for Laudine in the past several months of her life: Janey Grimes, Patricia Harris, Wanda Lambert, Patsy Rice, Sandra Tucker, and Joyce West.

Obituary provided by the Shaw family.

To order memorial trees or send flowers to the family in memory of Laudine Black Shaw, please visit our flower store.