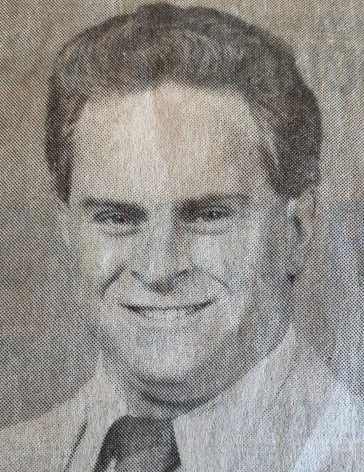 Mark Lyn Gourley, 58, of Holly Pond, passed away in the early morning hours on February 29, 2020. He was born August 15, 1961, in Cooks County, Illinois, to Charles and Peggy Anderson Gourley.

Mr. Gourley graduated from Holly Pond High School. He was an avid reader as well as a Civil War enthusiast. He enjoyed learning about his own family history as well. Mark is described by those that knew and loved him as a very patient and humble man. He was kind, loving, and understanding. He was an amazing father – his children call him the best dad. He also had a close bond with his brother. Mark was loved by so many, and even though he is gone, he will never be forgotten by those that love him.

Mark is preceded in death by his parents, Charles and Peggy Anderson Gourley.

Survivors include his daughter, Sara Gail Gourley; son, Terry Hines and his fiancée, Lisa Long; brothers, Tim Gourley, David Gourley and his wife Polly; and a host of family and friends.

Graveside services for Mr. Gourley were held Sunday August 9, 2020.  Due to the Co-vid pandemic, only immediate family attended services.  The family wishes to extend their apologizes to everyone who could not attend due to the regulations.  The family would like to think those of you who have continued to pray for them.

The family would like to extend a heartfelt thank you to the physicians, nurses, and staff of Cullman Regional Medical Center for the outstand care and compassion shown to Mark and his family during his final days.

The staff of Holly Pond Funeral home is honored to serve the Gourley family.

To order memorial trees or send flowers to the family in memory of Mark Lyn Gourley, please visit our flower store.