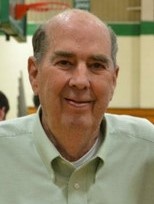 Mr. Horton loved to work on cars. His passion led him into a career in automobile body repair. Millard worked for over 30 years with Mitch Smith Chevrolet in Cullman. Mr. Horton also enjoyed traveling. He and his wife have visited 48 states, of the United States, as well as five providences, of Canada. As much as Millard enjoyed cars and travel, there was no comparison to the love he had for his family. He enjoyed Sunday lunch with his continually growing family and could often be found playing with the grandbabies and great-grandbabies. Millard was proud of his children, grandchildren, and great-grandchildren. Mr. Horton also enjoyed being outdoors where he could see the beauty of his Father’s creation. Millard was a beloved child of God and an ever faithful servant of the Lord, having been a member of Pleasant View Baptist Church since the age of 45. Even in sorrow, his family rejoices with the knowledge that he is in the presence of our Lord and Savior.

Mr. Horton is preceded in death by his parents, A.H. and Gracie Horton.

To order memorial trees or send flowers to the family in memory of Millard Eldrege Horton, please visit our flower store.