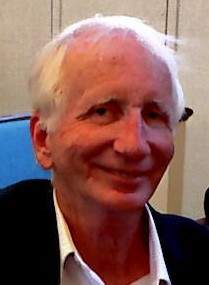 Richard Calvin Lambert, of Calera, Alabama, passed away on April 6, 2019. He was born February 27, 1954, in Birmingham, Alabama. Mr. Lambert was the son of Calvin Coolidge and Clara Mae Baker Lambert.

Richard was a beloved father, pawpaw, and brother. He worked for Bell South over 40 years. He loved the Lord and his family. Richard also enjoyed oldies music, Alabama sports, traveling, military history, Mountain Dew, and Reese’s.

Funeral services for Mr. Lambert are 1 p.m., Wednesday, April 10, 2019, in the Holly Pond Funeral Home Chapel, Rev. Edwin Talley officiating. Burial will follow in Holly Pond Cemetery. Friends may visit with the family an hour prior to services, from 12 noon until services begin.

To order memorial trees or send flowers to the family in memory of Richard Calvin Lambert, please visit our flower store.